Chapter 2: Welcome to the Bunker

Mary’s breaths were more vocal than she was, rattling with each inhalation. And upon exhalation, her chest seemed to collapse, shaking her slight frame and the cot she resided on. To Roger, it was scarier than the dead that walked the streets outside.

While the bunker was good for easing her anxiety–the unfinished walls let his wife see everywhere–its dampness was a real problem; some bug had set up shop in Mary’s chest. He hadn’t thought of how damp quarters might affect them, one of many things he hadn’t thought of, but they certainly couldn’t leave, at least not until Mary had recovered enough to do so.

CLICK to see floorplans for the Edmonton Civil Defence bunker Provided by - http://civildefencemuseum.ca/

His wife watched him, rarely saying anything these days. Which was ok, just having her close, listening and watching him, being able to see her, those were usually enough–the unfinished walls worked for him, too. And when it wasn’t, from across the bunker and with the dim lighting, she became his Mary again. Strong, brave, lovely Mary. No illness tucking her away behind it. The illusion being a wonderful reprieve.

He opened the Tylenol bottle–six tablets left. It didn’t do much to lower her temperature, just seemed to keep it from getting too high. Six tablets. He’d need more, along with antibiotics. Which was why he was up checking on Bert, to see how much of a problem the dead might be.

Bert was the lone zombie inside the fenced-off grounds of Edmonton’s Civil Defence bunker, which Roger had been helping to restore. The zombie had managed to navigate between the car and fence the night Roger carried his wife into the bunker, all those months ago. When he went back to secure the gate, there the zombie was, tripping over the bunker vents that protruded from the ground. He’d decided to deal with it the next day; nothing could enter the bunker that he didn’t want to.

It turned out not to be as easy as he had thought. He must have raised and lowered his arm a dozen times; working on a bruise where the hammer hit his thigh each time he let his arm swing down. No, wasn’t so easy to kill the dead; still seemed too human, which is how the zombie became the unwitting employee of the Civil Defence bunker–Roger would observe it and see how time and inclement weather wore down the dead.

“Welcome to the bunker, Bert.” Roger had said. It was the first name that came to him, with apologies to the Children’s Television Workshop, or whatever entity that owned the show last. 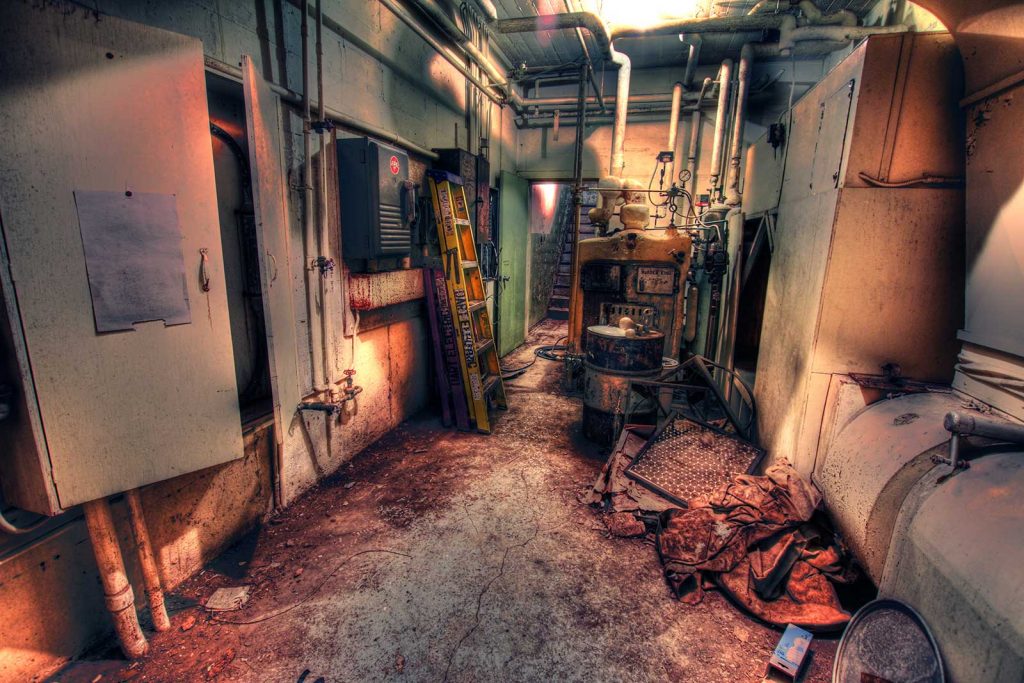 Roger gave Mary the Tylenol; something that always took much time, persuasion, and patience. Then he waited until she fell asleep, not quite daring to take her hand. She slept more and more now, the bug in her chest burned through her energy at an alarming rate, and he worried that she just wouldn’t wake up from one of her extended naps.

Probably best for her if she didn’t, Roger thought. The problem was, it wasn’t best for him–pure selfishness, he knew. What was that poem or saying? If you love something, set it free… and all of that. Nowadays, though, they most likely did come back, and he wasn’t too sure that was meant to be. But in Mary’s case, his wife, with the pneumonia that he was sure was running through her, she would just die. There would be no coming back. Even in today’s crazy, messed-up world, where the dead walk the streets, sometimes you simply died.

Even in today’s crazy, messed-up world, where the dead walk the streets, sometimes you simply die.

It was time to go. Roger stood and gently kissed his wife’s brow. He wished there was someone to sit with her; he didn’t want her waking up and finding herself alone.

He’d head into his old neighborhood of Crestwood to find something for Mary’s fever and some antibiotics. The pharmacy a few blocks north was probably his best bet, but checking a few homes along the way couldn’t hurt, perhaps he’d be able to cut the trip short. After all, he’s lived here over sixty-five years, and many of the familiar faces from thirty, forty, fifty years ago, ended up staying and growing old here too–hard to reach your seventies and eighties without a cabinet full of medications.

Over sixty-five years, Roger thought with amazement. Numbers like that were always more sobering than mirrors when remembering his age.

It was his parent’s home that he and Mary lived in, he bought it when his folks decided to downsize–he couldn’t bear to see it go to someone else. Someone who had no memories there. Someone who didn’t know that the dent in the wall was from him running wildly after his brother, who had strung a string across the table leg to the cabinet. A string his brother knew to hop over, but tripped Roger and sent him flying into the wall. He woke up on the couch with the scared faces of his mom and brother looking down at him. When they knew he was all right, another chase ensued. His brother would have probably had his first spanking, but he was quicker scared than his mom was mad.

...it was just a tiny shed-like building... he couldn’t figure it for anything that made sense.

They watched the bunker being built, throwing out ideas on what was going to fill that massive hole in the ground. Most evenings, in the dirt from the excavation, he and his brother created smaller construction zones; hauling, dumping and pushing around piles of dirt with their heavy, steel Tonka trucks.

When the foundation was finished, Roger thought a millionaire was building a mansion there. But it was just a tiny shed-like building that capped it off, he couldn’t figure it for anything that made sense.

Then the ominous words appeared, stenciled by the structures’ door, Civil Defence Edmonton. When asked, his Dad said it was preparation for the “cold war.” Roger knew about that, they ran drills in school–hide under a desk in case a nuclear bomb was dropped on you; didn’t seem like a well thought out plan.

The bunker sat a half-dozen blocks away ever since, and if it hadn’t been for Fred Armbruster–Executive Director for the Canadian Civil Defence Museum Association– Roger wouldn’t be in it now. He’d see Fred now and then in the spring and summer, tidying up the bunker grounds. They got to know one another, and on one of those visits, Fred offered him a job. A voluntary one–not much money in museum projects–to help clean up and restore the bunker. Roger happily accepted; it was the “something-to-do” for when the home care nurse was with Mary and he knew his wife was safely looked after.

If it hadn’t been for Fred, he and Mary might not be alive now. Roger hoped the man was safe somewhere, holed up with his own family. 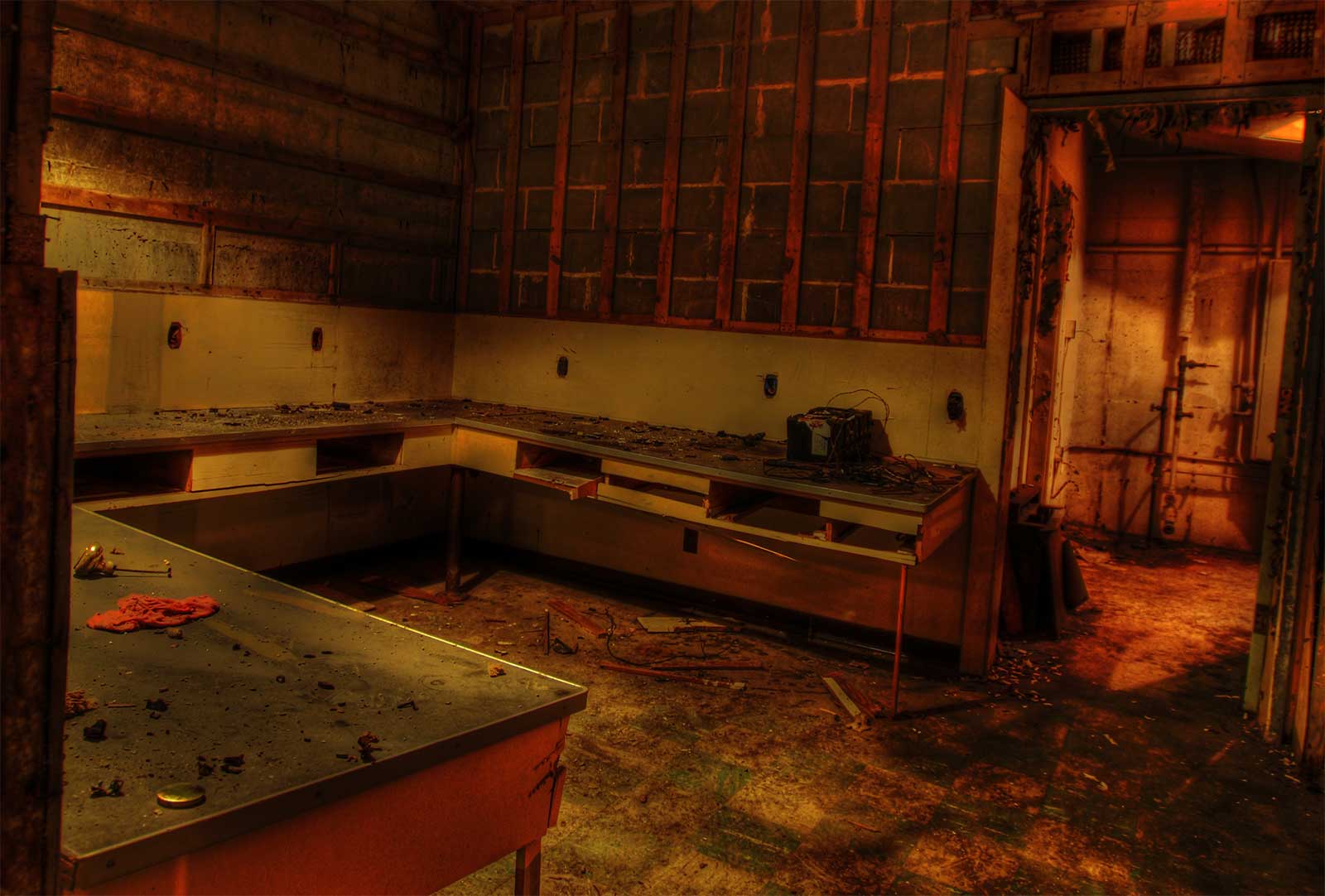 Roger grabbed the backpack he’d take, it only held a few snacks and was really more for the return trip. He strapped his Woodsman’s Pal across his waist and slid a hatchet between his belt and jeans on his right side. He felt like a gunslinger, even if his weapons weren’t the shooting kind.

The dead grew livelier as he walked out of the bunker. He’d have preferred it a little colder to slow down Bert and his cronies, but even at their most nimble, Roger could outpace them. The warmer day allowed the smell of rot free to mingle with the air again, though muted in comparison to summer days.

Roger waved as he made his way quickly to the gate. “See you, Bert, we’ll do lunch another time.”

He hurried to leave and secure the gate before the zombies could get to it. Then crossed to the back alley that ran between 142nd and 143rd Street.

It felt good to be outside, to be walking, to have an actual agenda. The bright sun, the excitement, the adrenaline; he felt twenty years younger. He’d have to figure out a way to get Mary outside the bunker, the sun would probably perk her up–it’s been nothing but dim rooms for the past few months.

Should be easy, Roger thought.