Illusion of Life~ Chapter One ~

Written by M R TrepScroll down to see more content

Chapter 1: A Home No Longer

Roger observed Bert, who was more active than the senior had been hoping for.

At least I won’ t freeze, Roger thought. He could vaguely make the others out through the peephole, which he’d added to the door when he first thought of the bunker as a possible refuge. There was one more than yesterday, but nothing that would prevent him from heading out. He just hoped that everything under the melting snow wasn’t layered in ice; there’d be no help for a broken hip. Certainly, no one to care for Mary.

Sighing, Roger headed back down into the Civil Defence bunker. Even after several thorough cleanings, there was always that underlying smell of mold from decades of neglect and the dampness that permeated the bunker. The fresh-air intake helped a little. But during the summer, there was no such thing as “fresh air,” at least not in the middle of a city that once housed a million living souls, such as Edmonton. As far as he knew, he and Mary were the last of the living.

“Deadmonton,” Roger muttered as he passed through the dining area; the only room with finished walls, the rest were just skeletal frames.

“Just me, Mrs. Williams,” Roger said loudly to ensure she heard, then more softly, “just me.”

He could see her through the spaces between the studs of the unfinished walls, where she lay on a cot and watched him with trepidation. Mrs. Williams. The love of his life for over fifty years, yet she probably couldn’t pick him out of a police line up. Alzheimer’s had pretty much stripped her of their time together. In a way, it stripped him, too–no one to share the memories with.

She was as timid as a stray dog now; the illness having robbed Mary of the confidence and fearlessness that had so enamored him through their years together. After a few minutes, he’d be able to move around her more easily. In a half hour, she’d be calmed by the company. But if he approached too fast, she’d wail like a siren, and if that didn’t stop him, the siren turned to shrieks and screams.

On the night they fled to the bunker, Roger had no time for a slow approach, but the dead do nothing but. Something woke him–probably the newly-tuned intuition that warned him he was alone in the room. Looking through a slit in the security shutter, he found his wife sitting in the middle of the front lawn, smiling cautiously at the death that slowly approached from several directions.

His girl, his wife, more terrified of him than the horrors shambling towards her. At that moment, he was his wife’s monster.

He was out the door faster than he had probably moved in thirty years. If their bedroom had still been upstairs instead of their living room–a move necessitated by Mary’s condition–he probably wouldn’t have reached her in time. Her head turned at his approach, her expression changing from surprised curiosity to concern, and finally to terror as he reached for her. His girl, his wife, more terrified of him than the horrors shambling towards her. At that moment, he was his wife’s monster.

He scooped Mary up and rushed to the garage–their home no longer safe from the dead. She screamed continuously, and Roger did his best to ward off her clawing hands. If only she knew where to focus that fight.

Having buckled Mary in with the seatbelt and securing her arms with bungee cords–God, how he hated doing that–Roger started the generator and plugged in an extension cord that ran up to the garage door opener.

The dead slapped at the closed garage door as he started the car, wanting at whatever was making the noise inside.

The dead slapped at the closed garage door as he started the car, wanting at whatever was making the noise inside. More joined the attack, and with each additional slap, the odor of exhaust grew.

Roger looked at his wife. She stared back in terror, inhaling deeply for another round of screams. How long would it take? he wondered. How long before his wife’s screams tapered off, strength lost under the weight of the carbon monoxide? How long could he hold her hand before sleep took them both, one last time? Would there be a moment of clarity? Would she know him? Would she understand?

He stabbed his index finger at the remote door opener clipped to the sun visor. Wiping at his eyes to clear them, he watched as the door slowly rose to reveal the dead, who continued to slap at the metal until the door was above their sight line.

Yes. It mattered. A pre-illness Mary would never have given up on him.

He’d been preparing a safe house at the Civil Defence bunker since the start, filling it with supplies that would probably last a year or more.

We’ll be safe there, he thought, as he backed out of the garage and into the zombies. They tried to reach into the car, continually slamming their hands against the closed glass. It reminded Roger of houseflies, hitting against a window pane, again and again, confused by the unknown force that wouldn’t let them through.

Necrotic flesh and fluid grimed the car windows, and every other moment, there was a snap of bone, as fingers bent in ways they were never intended to.

The dead were all that walked the streets now; former citizens of Edmonton. Thankfully, Mary couldn’t understand. For her, it was still the city she loved. The city of champions.

For Roger, it was now, simply, Deadmonton. 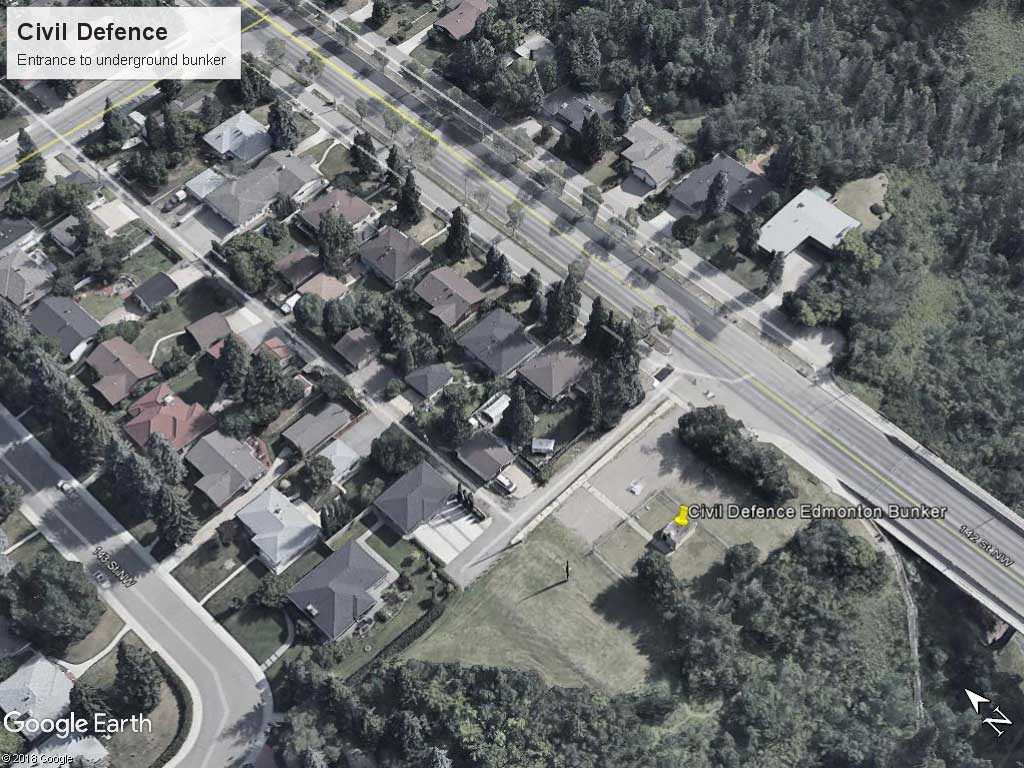 Chapter 2 - Welcome to the Bunker
Roger prepares to leave as we learn about Bert and the Bunker
Chapter 3 - Leading the Dead
Roger heads out and the dead follow close behind.
Chapter 4 - Old Man, Wintered
Roger's new reality; death hunts him.
Chapter 5 - Hope Found
Roger finds a body that reveals a secret.
Final Chapter - Creating an Illusion
Roger must decide what's best for himself and Mary.

Deadmonton tales from within Edmonton, Alberta